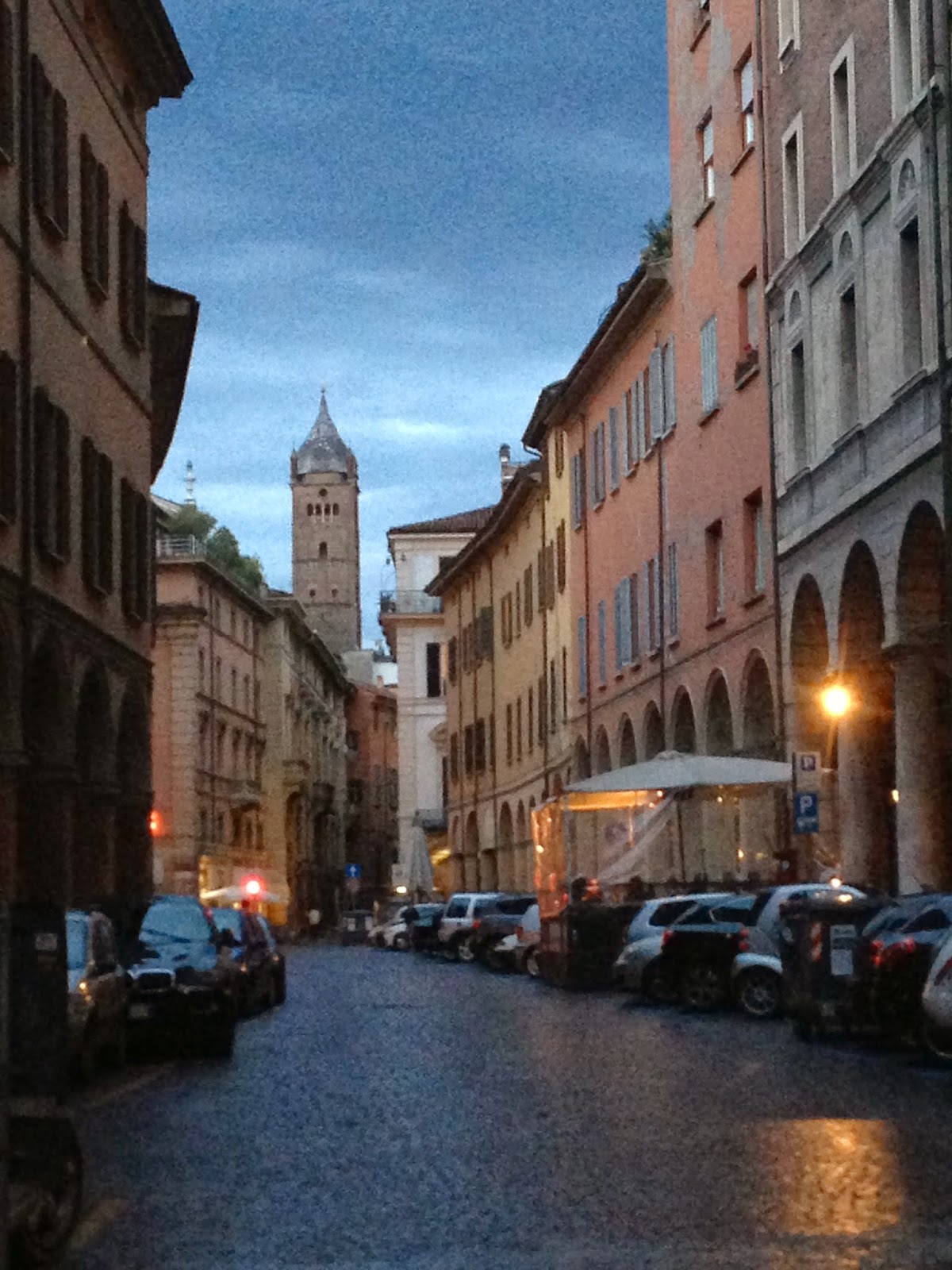 The weather's been unexpectedly mild. Mostly cool at night but warm and sometimes muggy during the day. But hey, who is complaining with all the wonderful things to do at night.

Just grab a nice gelato (from one of my favorite places) and head on to one of these events one evening.

There is the Slow Food market that takes place every Wednesday evening in Piazzetta Pasolini (Cinema Lumière), in via Azzo Gardino street in the Giardino Klemlen. You can buy your fruit, vegetables, organic bread and baked goods, cheeses, eggs... but you can also buy handcrafted beer, wine, enjoy cooked seafood and listen to music. Its a great way to spend some time with friends and enjoy the warm weather. For more info click here, please remember its on Wednesday evening (not on Monday).

Then there's the free evening movie in the main square: Piazza Maggiore shown in the original language with subtitles. For the complete schedule, check the Bologna Welcome site here.

There are numerous, mostly free, concerts that take place in town, for every age group and pocket. Check the Bologna Be' site.


Published by Maribelous No comments:

The Best Gelato in Bologna

No matter what the temperature outside, Italian gelato is always popular way to entertain our palate! Some of my favorite shops (all with lactose-free, vegan and gluten-free options) follow, in no particular order. All I can say is that they ALL deserve a visit. :)

Galleria 49 (ex-Stefino's), for its fabulous almond Sicilian granita and its Cream with a hint of lemon zest ice cream.

Stefino Bio, Stefino separated from his partners (above) and has opened shop in via San Vitale. A good number of his gelatos, sorbetti an granita are dairy-free and even vegan. All ingredients are organic.

Cremeria Scirocco in Via Barelli 1/C, Bologna, BO 40138.
fabulous and unusual flavors, all rigorously made with high quality and natural ingredients.

Gelatauro on via San Vitale
Any of their chocolate flavors (chocolate with hot pepper, chocolate laced with orange) or creamy nutty flavours are fabulous. They use several Slow Food Presidium ingredients in their gelatos.

Sorbetteria Castiglione, in Via Castiglione 44 for its fabulous dark chocolate and cassata Siciliana flavors. When in season, don't miss the walnut flavor: noce (attention: not nocciole - hazelnuts).

The Sorbetteria has expanded and now has 2 outposts on Via Murri 81 and in Via Saragozza 83 (on the way up or back from San Luca, which is another good reason to visit San Luca!)

Although fattier and/or sweeter than my tastebuds are used to, many of my friends swear by these Gelaterie:

Grom on via d'Azeglio. While they do use several Slow Food Presidium ingredients in their gelatos, these are hand made in the shop; they receive the ingredients and mixes from their headquarters in Piedmont.

PS don't abide by any of the lists you see out there, do your own research and decide for yourself :)!

Another article on Gelato in Bologna:  http://ciaobologna.wordpress.com/2012/08/30/the-best-gelaterias-in-bologna/

Email ThisBlogThis!Share to TwitterShare to FacebookShare to Pinterest
Labels: In my opinion, Things to EAT around town
Newer Posts Older Posts Home
Subscribe to: Posts (Atom)